The Controversial Rise of the Virtual Music Artist

As the industry continues to embrace technology and moves closer to the often hyped up metaverse, we’re starting to see more and more examples of virtual artists taking front stage, amassing huge followings, and causing controversy as they do so.

In this post we’ll take a look at the controversial rise of the virtual music artist, how they are attracting new audiences and all the friction that they cause along the way.

What is a Virtual Artist?

A virtual artist is essentially a persona of a manufactured singer or group, often represented in visual form. These personas are often managed by a team of people behind the scenes, but the interaction with the audience is positioned as being direct with the artist.

A couple of examples of virtual artists are Hatsune Miku, who was created as byproduct of the development of a synthetic software voicebank, and performs live events in Japan as a hologram, and Polar, an virtual artist who amassed over a million TikTok followers and 300,000 YouTube subscribers in less that 5 month of being created by the soul publishing.

Quite often the music that they produce is actually the work of humans, but as AI technology improves we will no doubt see things become more advanced, moving from the current approach where these artists are essentially a frontman for the music created by real musicians behind the scenes, to them actually linking up with an AI that is producing music based on inputs provided by the team, and eventually the ‘virtual artist’ themselves.

You could argue that virtual artists have existed for a long time, with one of the earliest examples being Alvin and the Chipmunks having releasing numerous tracks since all the way back in 1959, but probably one of the best examples of mainstream application of the virtual artists come in the form of Gorillaz, a virtual band formed in 1998 by musician Damon Albarn and artist Jamie Hewlett.

This virtual band broke new ground and served as a good case study for a lot of the concepts that virtual artists are toying with today, such as creating virtual universes, brand partnerships, and the difficulties that come with live touring and how you go about presenting a virtual artist to a live audience.

Despite demonstrating that success in the music industry can be had as a virtual artist, the general interest in them didn’t really see any major traction in the years following.

However the last few years has seen an explosion in the growth of this area, with numerous examples of these artists building massive followings in a short space of time, and major labels rushing to sign them – and this interest is drawing more and more investment into the scene.

There’s a few reasons why this has happened over the past few years.

One of the biggest factors that has driven this interest is the explosion of awareness and investment in the metaverse, with virtual concerts and festivals growing in popularity and creating levels of engagement that has got record labels scrambling to get a piece of the pie.

Virtual artists fit nicely in a virtual world, so it’s no surprise that one would naturally follow the other.

Technology has also made 3d modeling and development far more accessible and has lowered the barrier for entry into this field, meaning it’s much easier to meet the demands of the increased interest.

As a result, there are lots of emerging companies looking to facilitate this, such as Ready Player Me, Genies, and Metahuman from Unreal Engine.

And there’s also the changing shape of music consumption and marketing that has made it easier for these artists to thrive.

Back in the day Gorillaz were constrained by the rules of the industry, creating full length animated music videos and following the well trodden release cycle. They were a forward thinking concept limited by the landscape of the time.

But these days the music industry looks a lot different, and in many ways it plays into the hands of virtual influencers.

The rise of Tiktok has changed the way artists approach visual content, with a well produced full length music video being pushed aside in favour of a smaller, more consistent output of content to keep an audience engaged.

In today’s industry there is no central point of contact with an audience, and artists are expected to be able to push out content across all their platforms on a consistent basis, while also meeting all the other responsibilities placed upon them.

It’s no wonder that reports of burnout in the industry are becoming more commonplace, with artists frequently hitting back at the pressure that labels are putting on them to do all of this work that detracts from their ability to create the actual art they are supposed to be promoting.

Virtual artists don’t suffer from this problem, they aren’t limited by the amount of time and energy that one person can muster. Instead the team behind the scenes can grow and scale indefinitely, they can keep going and going without concerns about mental and physical wellbeing, or having to manage any relationships with the artist behind the music.

The virtual artist isn’t a bottleneck to many of the business decisions, so teams behind the scenes can decide on brand partnerships and concert appearances without having to consult with the artists themselves.

It’s a dream signing for any profit seeking label, which is why there’s such an interest in this area.

But the explosion of growth doesn’t come without its own set of downsides and controversies, some of these have already come to light, and as the scene develops we will do doubt start to see more of these arise.

One of the best examples of controversy was the fallout from the Capitol records signing of FN Meka that I covered in a previous post – a virtual rapper whose offensive behavior was called into question, being accused of perpetuating stereotypes, resulting in a lot of negative press.

But there’s a much bigger issue at play when it comes to virtual artists, and that’s how they cut real artists out of the process and dramatically change the dynamics of the fan-artist relationship.

When we look at what we consider to be ‘real musicians’, we see someone that pours their heart and soul into creating art with the hope of connecting with an audience.

The industry has always had an issue with commercialisation, and there’s forever been a pushback against the capitalist side of the industry that is focused less on the artform of music creation and more on the money that can be earned by chasing commercial success.

To anyone who has an issue with this side of the industry, virtual artists will be seen as yet another step towards completely removing the artist from the equation.

Depending on how they are handled, virtual artists can be seen as the ultimate realization of a manufactured pop star, created by a team behind the scenes whose main goal will be to maximise the reach of their creation, with the artform taking a back seat.

These artists will be driven by data that dictates everything about them, the way they look, the music they make, the platforms they operate on, the way they interact with an audience and the trends they jump on board with to maximise their audience reach.

These artists won’t be paying their dues like the many real artists who struggle for years to build an audience, they don’t have to worry about communicating their authentic selves in the same way, they can just hijack the prevailing culture of the time.

Now all of this won’t be true for every virtual artist out there. Just like Gorillaz, there will be examples of real musicians who adopt this approach out of their love for technology and use it to change the way they communicate with their fanbase, but for every example like this there’s no doubt going to be a handful more who see an opportunity to make some easy money.

Are Virtual Artists a Good or Bad Thing?

Everyone is going to form their own opinions on whether virtual artists are a good or bad thing, where some may see the destruction of art others will see the creation of it.

When technology changes an industry there is always pushback, but ultimately it’s adoption that determines what society wants.

Different generations will resonate with this new breed of artist in different ways, and many of the companies who are active in this area are heavily focused on the younger generations, for whom socialising and consumption happens more in the virtual world than outside of it.

And as technology develops to the point these artists can develop their own music, the lines will be blurred even further and questions will be raised about whether artificial intelligence can create ‘real’ music.

The future of virtual artists is hard to predict. In the short term expect to see more virtual artists emerging, as well as more real artists adopting a ‘hybrid’ model, where they adopt virtual avatars to exist in these worlds.

We’ve already seen examples of this, with one being Grimes’ development of the virtual avatar WarNymph.

And for those musicians who struggle to see past the cartoonish avatars that are often adopted by these artists, and don’t see how this could relate to their craft, there can still be value in adopting a virtual approach to the artform.

This concern is addressed by Inder Phull, the CEO of PIXELYNX, in this article from RollingStone, where he states:

“any artist that’s visually stimulated – who naturally works with multiple dimensions of content, not just music – for that kind of artist, this is like a renaissance of creativity. It’s a completely new canvas for them to think about how they express their creative vision.”

But the long term interest in virtual artists is yet to be seen. At the moment there is a novelty factor that is helping to catapult them to success, but as they become more commonplace, in a world where everything is becoming virtual, will being human be what helps you to stand out? Or will the technology open up the door for artists to communicate with their audience in an entirely new way? 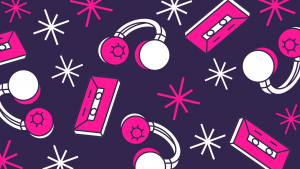 Everything you need to know about music marketing in 2022. 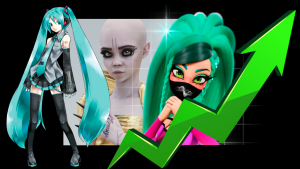 The Controversial Rise of the Virtual Music Artist

A dive into the controversial rise of the virtual music artist.